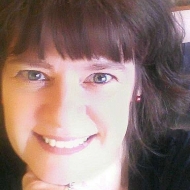 Cindy Bullard is an award-winning educator with fourteen years of teaching experience. She has an M.Ed., National Board Certification, and is a NC Certified Environmental Educator. Cindy is a 2015 Voya Unsung Heroes Awardee, the 2015 Outstanding K8 Educator in Science, Mathematics and Technology, and invited an panelist for the 2015 Holshouser Legislator Retreat. Cindy is the District Five Director for the NC Science Teachers Association and she also serves as their publications editor.

Previous awards and honors include her 2014 Kenan Fellowship, 2014 NC Science Leadership Association Fellowship, 2013 Distinguished Service in Science Education Award, 2012 Burroughs Wellcome Fund Promoting Innovation in Science and Mathematics Award, and 2009 Outstanding Science Educator Award. Cindy is a two-time awardee of the National Science Foundation’s Research Experience for Teachers program for years 2012 and 2013. She has received numerous grants and has been an invited speaker at over twenty state, regional and national-level educator conferences. Cindy has served as an adjunct lecturer at UNCG where she taught graduate and undergraduate students.

Cindy also an award-winning author. She writes middle grades and young adult fiction under the pseudonym, Cindy Cipriano. Her first novel, The Circle Book One of The Sidhe, won the 2014 Moonbeam Children's Book Silver Award for Pre-Teen Fiction - Fantasy. The Circle Teaching Guide was also published in 2014. The Choice, Book Two of The Sidhe released in June 2015. Both novels are traditionally published by Odyssey Books and are a part of a seven-book series. Two of Cindy’s short stories were published in the Children’s Anthology - Doorway to Adventure in 2010. Cindy is represented by Michelle Johnson of Inklings Literary Agency.