One thing I am implementing into my classroom is the use of a Gemba board.  I got the idea from Siemens. I learned that “gemba” is a Japanese word that is also used in the Toyota factory, but oddly enough no one could tell me what the word meant. Every morning at Siemens each department has a Gemba board meeting, where they meet to discuss issues they are having with their projects and their plan to resolve those issues. They also track data as to how their plans are working.

I really liked the idea of these daily meetings and knew I wanted to apply this in my classroom. It didn’t take me long to figure out how. We always have issues and problems that arise and we have “family meetings” every day anyways. Really all I had to do was make a board, actually write down the issues we were having, write down our plan for resolving the issues, and track the data to see how well our plan was working.

It has been great! I love it and it has been extremely helpful in my classroom this year. It is a great way for students to take ownership over these issues and problem solve around them. It is also a quick and easy reminder when things start going south. I also love the data tracking aspect of it so we can see are we getting better, staying the same, or are things still getting worse. We have discussions around how we are trending and make adjustments to our “Next Steps”, as necessary. It definitely helps to keep students accountable.

The Gemba board has been gold and I plan on using it for years to come!

Siemens taught me a lot this summer but one of the things that has really stuck with me is that you can be successful without a 4-, 6-, or 8- year degree. At Siemens, my eyes were opened to hundreds of different job opportunities, from people of varying educational backgrounds. Majority of the people working on the floor, crafting the multi-million dollar products, have Associate’s degrees and trade school experience. Through conversations with those men and women, I came to understand that we are unintentionally teaching our students that if they don’t go to college that they cannot be successful and that just isn’t true. I learned that there are tons of job opportunities out there where you earn more than decent living by going to trade school and inquiring skills needed for a specific job.

Lastly, I realized just how many varying jobs it takes to make a company as large as Siemens go round. For example, there aren’t just several engineers. There are several engineers that are focused on one part of a gas turbine, out of hundreds of parts. I don’t think I realized just how many opportunities are out there. It makes me excited for my students, knowing that one day they could be taking over these jobs.

I would like to start off by saying that I am so grateful for my time at Siemens this summer. I have learned so much in these few short weeks about gas turbines, steam turbines, and generators. In addition to learning more than I can even remember, everyone that I shadowed and talked to was extremely friendly and willing to take time out of their day to talk with me and show me around.

The most interesting moment happened during my second week there. I was shadowing someone that was head of a department in Generator. They were in the process of taking a generator, which weighs tens of thousands of tons, out of a huge container, that hardens the metal, using a crane. Not only was the crane massive, but the straps that held the generator were also massive. This was also a  first-of-its-kind generator. This generator had special cables on it that could not be disrupted during any part of the process. Siemens is a German company, and this type of generator had not been manufactured in America; so, there were Germans that came over just to make sure the Americans did not mess up the cables on this generator. It was a very unique and interesting experience that I will not forget!

My biggest challenge that I have as I walk away from my internship is taking something that is as complex as a gas turbine back into a third grade classroom. I also learned a lot of the processes that occur while manufacturing these turbines and it involves a lot of Chemistry and knowing when to mix Hydrogen, when to pump it full of Nitrogen, etc. which is also hard to bring back to kids that are eight and nine years old.

My biggest takeaway is that we, as educators, need to be teaching our kids how to effectively communicate. This not only involves talking to teach other, but also being an active listener and hearing other peoples’ perspectives. Also, knowing how to give and receive feedback, whether positive or negative; and knowing what an appropriate reaction/response is. Every person that I spoke with at Siemens stressed the importance of communication and that is not something that should be taken lightly.

I am extremely excited about my newfound knowledge. Over the past few weeks at Siemens, I have met more people than I can even remember. Upon meeting each person, I always ask the question, “What can I/we do, as educators, to better prepare children for STEM industries like this one?” Almost every single person gives me a very similar response; which I’m not sure if it’s a good thing or a scary thing. Almost every response I get revolve around soft skills. These soft skills include communication, collaboration, teamwork, problem-solving, and critical thinking. All of those 21st century skills that we hear all of the time and are always told should be in our lessons, well now I 100% agree that they very much should be. Every single day we should be intentionally building these critical skills. It could actually change the future for our students and put them a step ahead of others in their career fields. I was speaking with an engineer last week and he said that when they are hiring for a new engineering position, they don’t test their educational knowledge because they have graduated from an accredited college or university, they assess their ability to problem solve, work well with others, and communicate. This was a major eye opener for me and showed me just how important these skills are. These are things that I can immediately take back into my classroom and that anyone can implement in their classroom, even if they haven’t had this same amazing experience that I have. This has been my most exciting discovery at Siemens so far, just knowing that yes, I can do something in my 3rd grade classroom to help shape my students to be more prepared for the work force and therefore, to hopefully have a successful future, whatever that may look like.

One challenge that I have ran into when creating my product from my experience at Siemens is the fact that Siemens’ manufacturing industry is extremely complex. They ultimately create the parts that provide us with power, and that is no easy feat. I am struggling to not only simply that process but also directly link it to the third grade curriculum. Even considering these challenges, I have a wealth of knowledge that I cannot wait to bring back into my classroom and into my school as well! 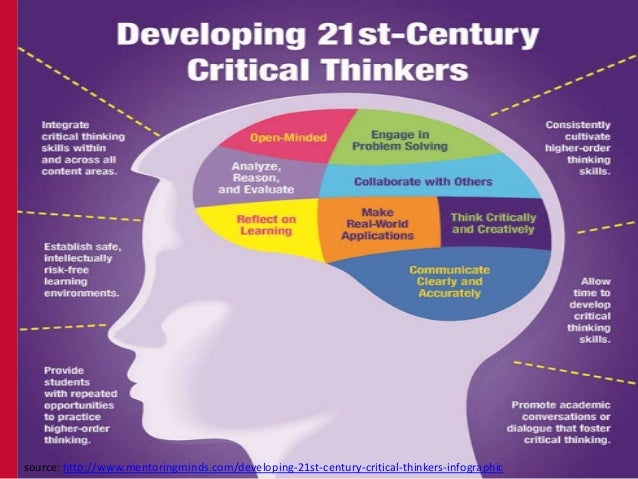 The highlight of my week at the Summer Institute was being able to spend time with other fellows, especially the CMS cohort. We will be spending a lot of time together throughout the year and it was great to be able to really get to know each other, outside of work and outside of what could be a stressful environment. In addition, it was nice to get to know other fellows, outside of the CMS cohort, because so many of us are already doing great things and it was nice to be able to converse with people who have been there or that have had successes, or even failures, with things that I want to incorporate into my classroom.

My major take-away from this week is Project-Based Learning (PBL).  I plan to implement PBL’s into my classroom immediately. In one of the breakout sessions, Carrie shared with us a four-quadrant organization tool to help us think about how to successfully plan for and carry out a PBL in any subject area, with any standard. I plan to use this tool every time that I am planning a PBL in my classroom. I also plan to share this four-quadrant approach with not only my team, but with other grade levels at my school as well.

I have never experienced a PD like the Summer Institute. In most PD’s, I walk away with very few tools/ideas that I feel are strong enough for me to take back and implement into my classroom. That was definitely not the case this week. I walked away from every session this week with at least one thing, sometimes multiple things, that I want to implement in my classroom. Honestly, it was overwhelming at times because I have so many things that I want to do and try; but was a good sense of being overwhelmed. Being overwhelmed with so many great ideas and new things, gave me this excitement and this high that made me want to be back in my classroom right now! This week definitely has me excited for this upcoming school year!

First, through my internship, I hope to gain a deeper understanding of the design process and witness the process from start to finish in a setting that uses it for daily function. From that, I hope to gain insight and knowledge on how to successfully incorporate the design process and other STEM career-based skills and thought-processes into my classroom.  This will help me to lead my students toward more successful futures by providing them with rich, authentic learning experiences and instilling a passion and love for learning. Overall, through my experience, I hope to incorporate best practices to STEM-based approaches into my classroom so that my students will not only have an interest, but a solid foundation for these processes.  Providing students with these foundational building blocks will be critical for their desire to learn more in the future, and ultimately their desire to contribute to an ever-changing society.

Welcome to Kenan Fellows Program Blogs. This is your first post. Edit or delete it, then start blogging!