Yesterday was my opportunity to shadow two process engineers at the Rotating Parts facility at GE Aviation. Process Engineers at GE Aviation are responsible for designing, implementing, controlling and optimizing the operation processes, especially continuous ones within the advanced material manipulation process that results in finished machine parts for aircraft engines. 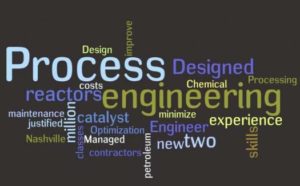 In the morning I was able to work with Ted, a 37 year veteran at this facility who started as a machine operator after completing the machining program at AB-Tech in the early 1980s. Ted is essentially a walking encyclopedia entry for this facility, if they have made a part, he can tell you who it was for, the type of engine it was in, and what the manufacturing process looked like for that part.  Ted and all of the process engineers at the plant are part of the 3 legged stool leadership team for each manufacturing cell. The three-legged stool includes the process engineer, the production supervisor, and the quality engineer. Each cell is responsible for manufacturing multiple parts, or some process in the part such as milling or splining. The amount of materials and activity involved in each operation is somewhat awe-inspiring.

The first thing most people would notice about Ted is that without notes he can pick up a part, tell you a part number, describe the materials, tell you the engine that it will be part of and the type of aircraft that engine will power. He can describe the small differences of a part destined for a military helicopter that requires more horsepower, or one destined for a commercial model of a similar aircraft. Ted has worked in the plant since before the switch to GE, and he can tell you about the parts made in the 1980s and the different clients the parts were produced for (some were parts for mining machines used in South America). Ted can walk up to an operation and tell you step by step what the operator of the machine has done, is doing and will be doing to guide the part through the process. Ted can also show you the elaborate programming he has done to guide the precision cuts made by the immense machines, and how the part is held in place to avoid undue stresses and possible stress damage.

Ted introduced me to Mike, a 34 year veteran of the shop floor.  Mike is a de facto shop leader. He operates a set of machines that produce a major part for a GE engine that will be expected to work without fail for hundreds of thousands, probably millions of air miles. Mike shared that the shop floor has not always been as clean or well maintained. Changes in materials processes have made huge improvements over the years. He stressed something I have heard many times already in the plant, constant incremental improvement.  Mike, much like the young machinist Cody, talked about how the job demands problem solving and patience. The machines are state of the art, but always need adjustment and processes need to be evaluated to ensure improvement. The operator and the process manager work together to improve the operational processes.

I left Ted and Mike, between them holding 71 years of institutional knowledge about the facility, the parts, the processes, and the people at GE Aviation. I went to shadow David, a process engineer who has been at this plant for less than 20 weeks. In his own way, David was an encyclopedia of knowledge, but without the years of experience in the plant. David has been focused on a particular part that is experiencing some quality issues because of the way in which the part has to be clamped in the machine for cutting.  A particular radius is showing signs of stress fractures in the quality analysis. David and I sat at his computer and he was able to show me multiple test results that express the various levels of stress as a result of different experiments with clamping locations and devices. David showed me how he and an engineer in Cincinnati are able to work together to run tests and implement artificial intelligence tools to predict specific patterns based on other parts and process designs.  Ultimately David will be working with the machine operator to make the process work, so he is incorporating advanced technology and human communication to increase efficiency.

These two process engineers represent the past, the present, and the future of this manufacturing facility.  As an educator, how can I help my students understand that they will have to understand and master the tools of digital technology, but they will have to use them hand in glove with the time-honored skills of listening, asking clarifying questions, and understanding the input of every person involved in the manufacturing process?

1 thought on “Institutional Knowledge in the Digital Age…..”