Each Friday at the museum, we have “Lunch with Liz,” a two hour period in which the 12 teachers participating in the Students Discover program meet with Liz Baird, the Chief of School and Lifelong Education for the Museum of Natural Sciences. For the past two weeks, I have been impressed with the way that Liz can just rattle off deep and reflective questions without hesitation, when I often need a prepared list of questions to prevent getting off track. This week, she opened with “If you ran a newspaper, what would be your headline for this week?” For me, the obvious answer was “FORMICA FRENZY!” 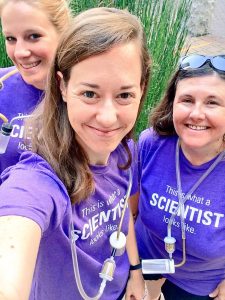 Around our necks are aspirators. You can use them to suck up ants into the small vials. Super scary the first time you do it!

Formica is a species of ant that has a distinct way of walking (very, very fast and in every direction at the same time). They are fairly large ants, comparatively, and get their name from the formic acid that they release when they are stressed. On Friday, the team went on an “ant hunt” to collect several different ant species using aspirators around the museum. We would then allow these ants to walk around on petri dishes full of agar gel to collect the various fungal species being carried around by our ants. The first time I used an aspirator, I was totally lost and also afraid. Sucking up ants using what is basically a super long rubber straw seemed risky and like a good chance to get a mouth full of ants.Because of my fear, the first time we went “ant hunting” I caught one ant, and it was a slow moving, tiny one. However, a week has greatly grown my confidence in ant hunting and I managed to catch ten fast moving Formica on Friday. I was very proud of myself.

After catching the ants, we returned to the lab where we listened to De Anna explain the protocol for plating the ants and collecting fungal specimens. She explained that between each ant we needed to use ethanol and a heat source to sterilize our forceps because pathogens were everywhere. She then carefully picked up the ants from her vial and placed them onto agar plates without harming the ants and without breaking a sweat. Easy. I could do this. 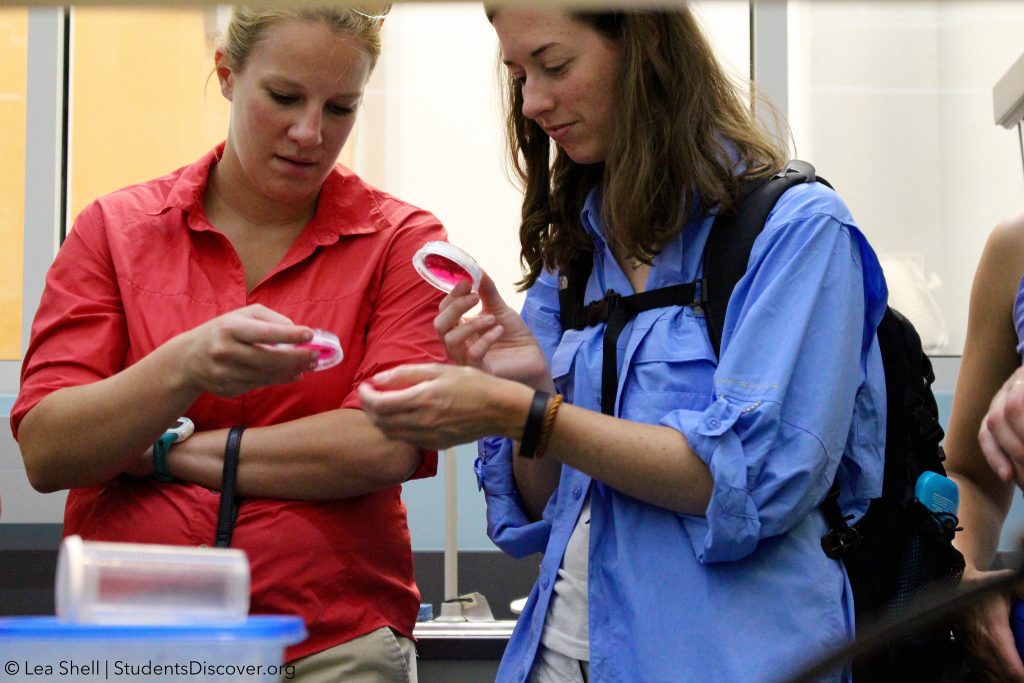 I put on some gloves and carefully sterilized my forceps just like De Anna had showed me. Then I opened my vial of Formica and got ready to carefully pick one up and place it onto my agar plate. CHAOS. I picked up an ant and it effortlessly broke loose of my forceps, running across my lab table in the crazy Formica way and causing me to forget everything about sterilization. I managed to scoop up the ant before it escaped into the lab and quickly trap it inside of my petri dish. But that was only one ant. The goal was to put 3 ants in each dish, and I had three dishes. Quickly, I became focused only on managing to get my ants into the plates without losing them and without crushing them while picking them out of the vial. A few ants later, I pulled my forceps from the heat source and found that they were still flaming. Without thinking, I blew out the flame and prepared to pull another crazy Formica out of my vial.

Paige, did you just blow on your forceps?!

De Anna looked at me like I had just arrived from outer space. “Um, yes?” I responded, unsure, but immediately realizing where I went wrong – the human mouth is FULL of pathogens – DUH. I started the sterilization process again. De Anna laughed and said she didn’t think she’d needed to mention not blowing on her forceps during her tutorial. I was embarrassed.

This was an eye opening moment for me. I thought of my classroom. How many times do I assume that I don’t need to tell my students something? How often do I forget what it was like to do an experiment’s protocol the first time? Probably often. And then I am surprised when my students make mistakes.

The program I’m working with at the museum is dedicated to citizen science, which allows regular people like me and my students to become involved with real scientific research. During my time at the museum, I believe that I am allowing my scientists to remember what the citizens participating in their projects are like. I realize that when I spend all of my time with other teachers, I start to talk to all people like they understand the acronyms and normal jargon of education. I think the same is true of the scientists in my lab; they expect that people understand the regulations and expectations of doing scientific experiments. 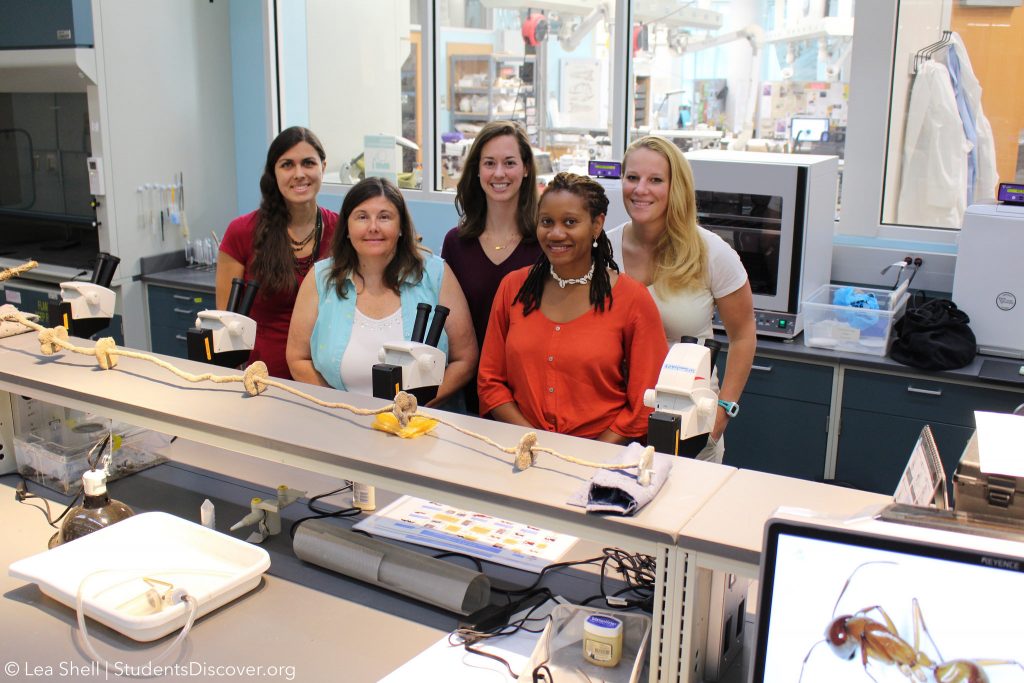 If I worked every day in the ant lab, I would quickly forget how challenging it is for a first-timer to grab Formica out of a vial and plate them while maintaining a sterile field and keeping the ants alive and safe. However, I do not work every day in the ant lab, and because of this I have the ability to remind the amazing scientists that I work with of what it’s like to be a a citizen scientist in the middle of a Formica frenzy.