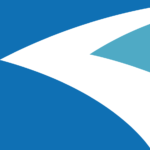 Callie Carson is a lifelong cattleman and agriculturalist. She grew up participating in 4-H, FFA, and the National Junior Angus Association. She graduated from NC State University with a BS in Ag Communications, and a Master’s in Agricultural Extension Education. Immediately after graduating, Callie served as a Livestock, Forage, and Field Crops Extension Agent with Watauga County Cooperative Extension. She has also worked as an account manager, and account supervisor, on contract with global chemical companies. Callie has worked as a Field Rep with NC Farm Bureau Federation assisting 9 county Farm Bureaus in northwestern NC, she also serves as the NCFB Safety Team Lead. They raise Angus and commercial cattle in Laurel Springs, NC on a forage-based operation. Callie and John have two sons Isaac (4) and J.R. (1). 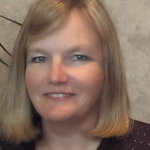 Dr. Carol Moore is the CEO & President of STEM West, a non-profit, working to create partnerships between educators and local STEM businesses in western NC. She brings with her 30+ years of experience in science and math education that includes seven years as a curriculum specialist. As a specialist, she managed science kit refurbishment programs, provided an array of PD opportunities, wrote and managed multiple grants, and built partnerships with local STEM businesses, government, and non-profit organizations. Throughout her career, she has been active in the NC Science Teachers Association and NC Science Leaders Association. 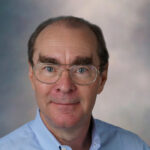 Dr. David Banks serves as the director of SAMSI. Dr. Banks obtained an M.S. in Applied Mathematics from Virginia Tech in 1982, followed by a Ph.D. in Statistics in 1984. He won an NSF Postdoctoral Research Fellowship in the Mathematical Sciences, which he took at Berkeley. In 1986 he was a visiting assistant lecturer at the University of Cambridge, and then joined the Department of Statistics at Carnegie Mellon in 1987. In 1997 he went to the National Institute of Standards and Technology, then served as chief statistician of the U.S. Department of Transportation, and finally joined the U.S. Food and Drug Administration in 2002. In 2003, he returned to academics at Duke University. 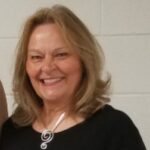 Judy Bare is a retired educator who has worked with children and students from age 2 through 12th graders. She grew up in Ashe County on a farm. She and her husband, Gary, lived away for about 19 years and returned when her husband was transferred to Sparta, NC. After his retirement, he became interested in helping our fathers on their farms. As their parents retired, they started a cow/calf operation and raise their own hay for winter feeding. Bare has also grown hemp and Christmas trees. The couple has three children and three grandsons. She has become a strong advocate for all agriculture through her involvement with NC Farm Bureau. After returning to the farm, she realized the disconnect between people and their food. It is important for her to raise awareness of agriculture and its importance to all people. 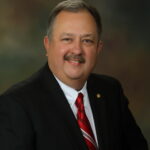 Mr. Batchelor brings over 26 years of cooperative knowledge and experience to this position. He began in the electrical utility business in 1982 after graduating from NC State University with the City of Monroe and has since worked for two other cooperatives and an electrical consulting firm before coming to Haywood EMC in 1999 as Assistant General Manager/Manager of Operations and Engineering. He is a registered Professional Engineer in North Carolina, South Carolina, and Virginia. 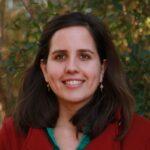 Rachel, from Pine Level, North Carolina, joined the North Carolina Coastal Federation in 2013 after volunteering for several years. She holds a Master of Science in coastal marine and wetland studies from Coastal Carolina University and a Bachelor of Arts in environmental studies from the University of North Carolina at Wilmington. Previously, Rachel worked as an educator in multiple coastal education centers, as a marine research technician and as a state park naturalist. Her background lies in linking coastal environments with education and outreach. 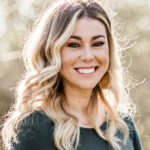 Deidra Grantham serves at the Manager of Marketing and Communications with Tri-County EMC. Prior to joining Tri-County EMC in 2016, she worked for two and a half years as the Community Relations Specialist at Lumbee River EMC. In her role, she is responsible for the Bright Ideas Education Program, N.C. Youth Tour and Touchstone Energy Sports Camp Scholarship Program as well as coordinating communications and media relations for the cooperative. Grantham graduated from the University of North Carolina at Pembroke in 2007 with a Bachelor of Science in Mass Communications: Public Relations. Ms. Grantham and her husband, Travis, live in Mount Olive with their children Jordyn, Maxson, Harper, and Paisley. 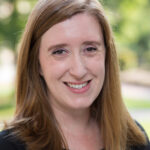 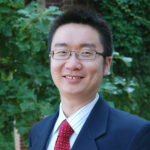 Regina received a Bachelor’s degree in criminal justice from North Carolina Central University and recently completed her Certificate in Nonprofit Management from Duke University. Regina speaks Spanish fluently and has been working with Boys & Girls Club programming for several years. Previous positions held with the Boys & Girls Club include K-2 Program Leader and Latino Outreach Coordinator. As the current Program Director of the Boys & Girls Clubs of Durham and Orange Counties, Regina helps manage the Club while also interacting directly with the kid’s activities, a combination that she really enjoys. 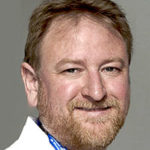 Dr. Paul Maddox is an assistant professor and William Burwell Harrison Fellow in the Department of Biology at UNC-Chapel Hill. His research in his lab focuses on cell division specifically Mitotic Mechanisms and Chromosome Dynamics. 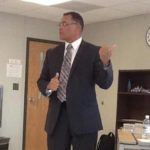 Alfred Mays serves as the program officer for the Burroughs Wellcome Fund. In his role, he oversees the Science Education and Diversity in Science Programs: Student Science Enrichment Program, Career Awards for Science and Mathematics Teachers, Promoting Innovation in Science and Mathematics and Postdoctoral Enrichment Program. Mays was the founder of EdSync Strategies, Inc., an education contract service that provided assistance to NC eLearning Commission, NC STEM Learning Network, rural NC public school systems and the Public School Forum.  From 2007-2011, he served as the assistant director of the Collaborative Project, an initiative that “sought to strengthen participating school systems serving low-income students in rural areas of the state.” Mays has also worked with the UNC General Administration, serving as the director of information resources and director of special projects. 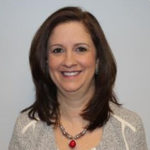 Lori Ray, SPHR, serves as the Human Resources Manager for Eaton Corporation in Forest City, NC. Lori is a graduate of UNC-Chapel Hill with a BA in Industrial Relations and Central Michigan University with an MSA in Human Resources Administration. Her work experience has spanned the academic, healthcare and manufacturing fields for over 25 years in several locations abroad and in the US. Lori returned to her hometown to join Eaton Corporation in 2006 and enjoys working for a global company with high ethical standards and great community involvement. 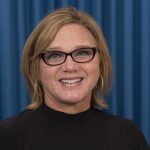 Michele Smoot has served as the director of the NC Farm Bureau Ag in the Classroom since May 2012. She grew up on a fourth generation farm in southeast Virginia. There her family grew peanuts, cotton, soybeans, wheat, and corn while raising beef cattle and market hogs on 1,500 acres. Currently, those farms are in full operation under her guidance. She received her BS degree in Animal Science from Ferrum College and later earned a Master’s degree in adult education with a concentration in curriculum and instruction. She has worked for Carroll Foods, known today as Murphy Brown and later began a career in feed sales and management with Southern States. In 1994, she began her teaching career and since then has taught grades three through 12 as well as college students receiving their BS degree in elementary education. Michele currently resides in Zebulon with her husband Les. She finds her position extremely rewarding as all of her experience and education fits into this one role. Michele believes that educating students and the general public on the importance of NC agriculture is vital to the growth of our nation as well as meeting the needs of an emergent world population. 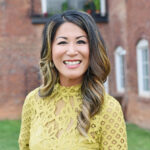 Carol Steen is an executive with Biltmore Farms in Asheville, NC focused on talent and human resources strategy for the community development and hospitality services organization. Prior to her service with Biltmore Farms, Steen was Director of Human Resources for the Mountain Area Health Education Center, Inc. where she saw the organization succeed through significant workforce growth and expansion of healthcare programs in rural western North Carolina. Steen serves as President of the WNC Human Resources Association, Board Member of the Asheville Area Chamber of Commerce, and Board Member of Asheville Museum of Science. She recently completed the Leadership Asheville program at UNC-Asheville as part of the graduating LA 38 Class. Steen is dual-certified as a human resources professional from the HR Certification Institute and Society for Human Resources Management. Exemplified leadership and her dedication to the field of human resources contributed to her being featured in various state publications: Triangle Business Journal – MBA Game Changer,  Verve Magazine’s Top 30 Under 30 List, Biltmore Beacon’s Top 40 Under 40 Emerging Leaders, and Business North Carolina Magazine’s Trailblazer recognition. 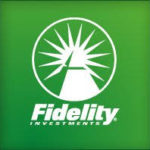 Leslie Lillard Walden is Vice President, Regional Public Affairs for Fidelity Investments, one of the world’s largest financial services providers. She leads Fidelity’s government relations, community investing and civic efforts, for Fidelity North Carolina as well as New Jersey, New York, and Florida. She assumed this work in June 2006, as the company announced expansion plans in the Research Triangle. Walden established Fidelity’s public affairs function in North Carolina and serves on the regional leadership team that has supported the company’s efforts to more than triple its headcount in the region. She joined Fidelity in 1998 in the firm’s Corporate Affairs department in Boston, where she managed marketing communications launches for new products and services, including Fidelity’s retirement income planning program for Baby Boomers nearing retirement. She is an honors graduate and holds a B.A. in Political Science and Media Studies from Northeastern University in Boston, MA and is a master’s degree candidate at Suffolk University, also in Boston. 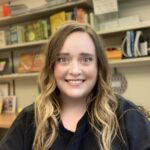 Heather Willoughby is a North Carolina native and grew up in Alamance County, where her family farms beef cattle, row crops, vegetables, and ornamental horticulture. She is an NC State graduate with a background in biology and horticulture. After working in horticulture as a sales manager for a perennial nursery for 7 years, she joined North Carolina Farm Bureau Federation in August 2015. She is the assistant director of the Ag in the Classroom, an educational program that provides resources and materials for all North Carolina teachers wishing to incorporate agriculture into their curriculum.