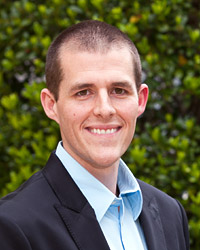 Kenan Fellow Vance Kite, a teacher at the City of Medicine Academy in Durham, has helped produce an animated lesson about enzymes and activation energy for TED-Ed, an online initiative of TED, the global nonprofit dedicated to “Ideas Worth Spreading”.

The TED-Ed site — launched in 2012 — asks the “world’s best animators and teachers” to create short, animated educational videos for high school students. Together they bring lessons to life that can be shared in classrooms and homes across the globe.

On a whim, Mr. Kite submitted a proposal for a lesson to TED-Ed in July. A month later, he received an email from TED-Ed saying his proposal had been approved. The video's production took six months.

"The release of my lesson marked one of the proudest moments of my teaching career," Mr. Kite said. "Never would I have thought that my influence would reach the world stage. I will forever be grateful to TED for the opportunity."

In addition to viewing the video, visitors to TED-Ed have the option to share the video on social media sites such as Facebook and Twitter. The lessons are interactive, allowing viewers to take a multiple choice quiz and follow links to additional resources. Teachers can also customize the lessons for their own classrooms.

TED-Ed offers an open invitation to all teachers to submit their best lessons. Once the lesson has been approved, TED-Ed works with the teacher to refine and focus the material to make sure it is less than 10 minutes. From there, the teacher receives a portable recording booth where the lesson is captured and shared with animator.

“There are amazing instructors out there who have the capability to affect thousands of students," TED’s Chris Anderson is quoted on the website, TheNextWeb.com. "We want to unlock that capability."