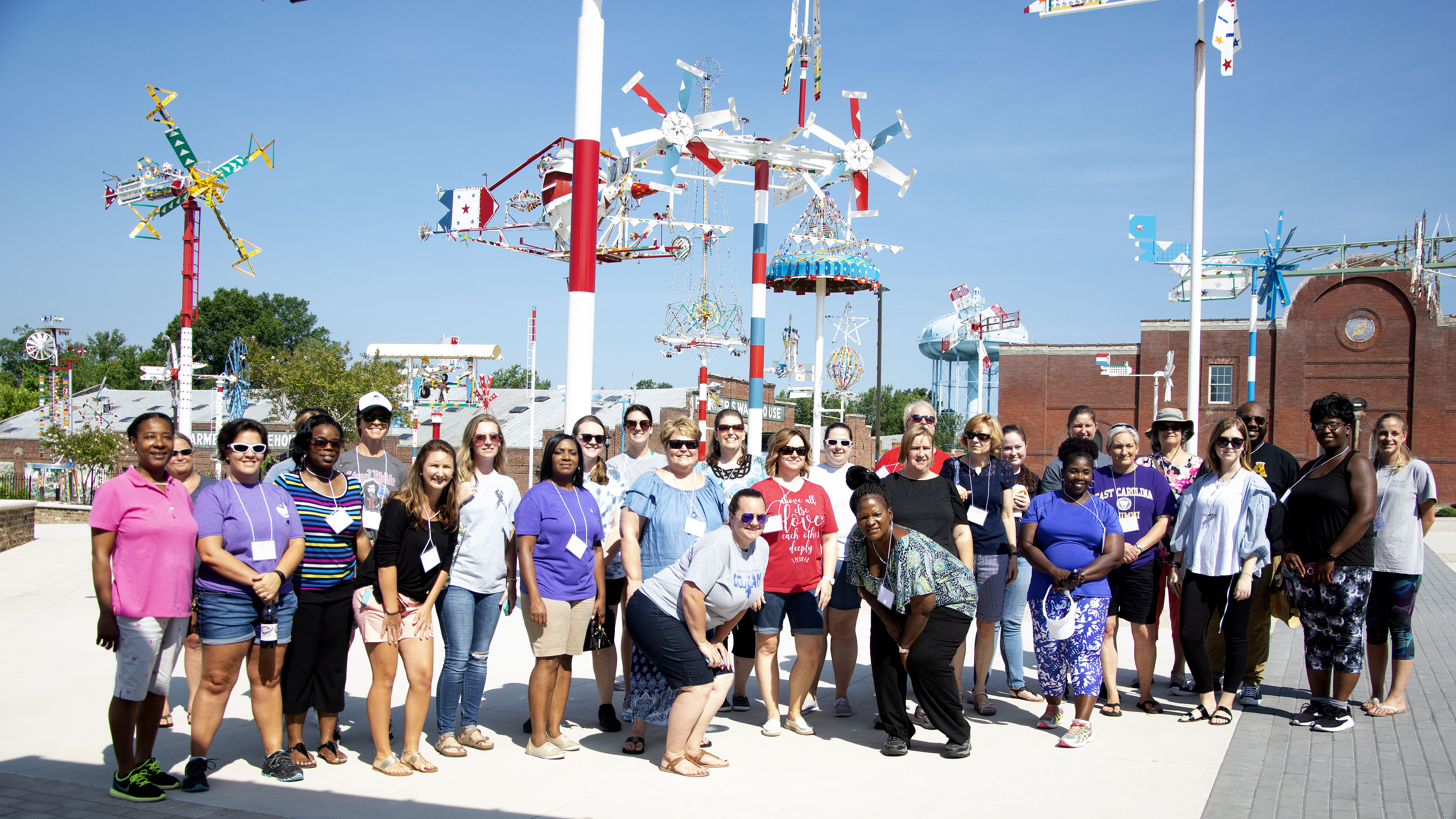 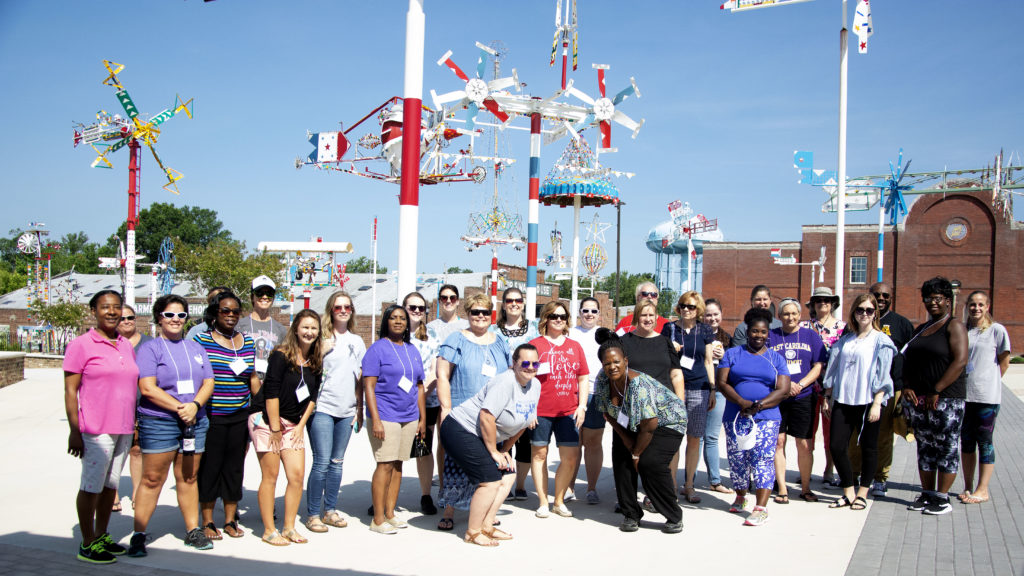 Now in its third year, the institute took place at Barton College on June 27-29 and was open to third through fifth-grade teachers from 13 Eastern North Carolina counties surrounding Wilson — home of the Vollis Simpson Whirligig Park. The park opened in November and features 30 of Simpson’s most iconic sculptures which were once displayed on his farm. Simpson’s Whirligigs were named North Carolina’s official folk art in 2013.

Over the course of three days, the participants toured the Whirligig Park and the nearby conservation center where Simpson’s kinetic sculptures are displayed and restored. In addition to the field trips, the teachers engaged in a variety of hands-on sessions that connected math, science, social studies, language arts, dance and visual arts standards and focused on problem-solving, analytical thinking and 21st-century skills.

Leading the sessions were fellows from A+ Schools of North Carolina and the Kenan Fellows Program Alumni Network. The instructors taught participants the principles behind line, color and form in visual art, the foundations of poetry, the mechanics of the engineering design process, and the physics of dance. Kenan Fellows Jennifer Walmsley and Jennifer Stalls, who teach STEM in Greene County Schools, led the session on the engineering design process.

At the end of the three-day institute, the participants designed, built and tested their own whirligigs and completed the workshop with a gallery walk to show off their artwork. The teachers are now charged with taking what they have learned back to their classrooms and building cross-curricular hands-on lessons for their students.

Somer Southers, who teaches fourth-grade math and science in the Public Schools of Robeson County said she often takes an interdisciplinary approach to her instruction but sought the workshop to learn how to better integrate STEM and arts education. “I am excited to have my students build whirligigs,” she said. “I feel like it will give them the freedom to be creative while still learning the standards.”

Kinetic Connections is made possible by a partnership with A+ Schools of North Carolina, the Kenan Fellows Program for Teacher Leadership, and the Vollis Simpson Whirligig Park. Funding for the program was provided by the Windgate Foundation and the NC GlaxoSmithKline Foundation.