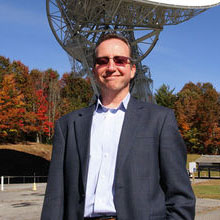 Previously, he also served as founding executive director of KidSenses Children’s InterACTIVE Museum in Rutherfordton, head master/director of education at Waldo Burton Memorial School in New Orleans, and outreach director/science education coordinator at the Louisiana Children’s Museum in New Orleans. Saucier earned a Master’s of Education degree and a Bachelor of Arts degree in anthropology and biology from the University of New Orleans, as well as a certificate in nonprofit management from Duke University.